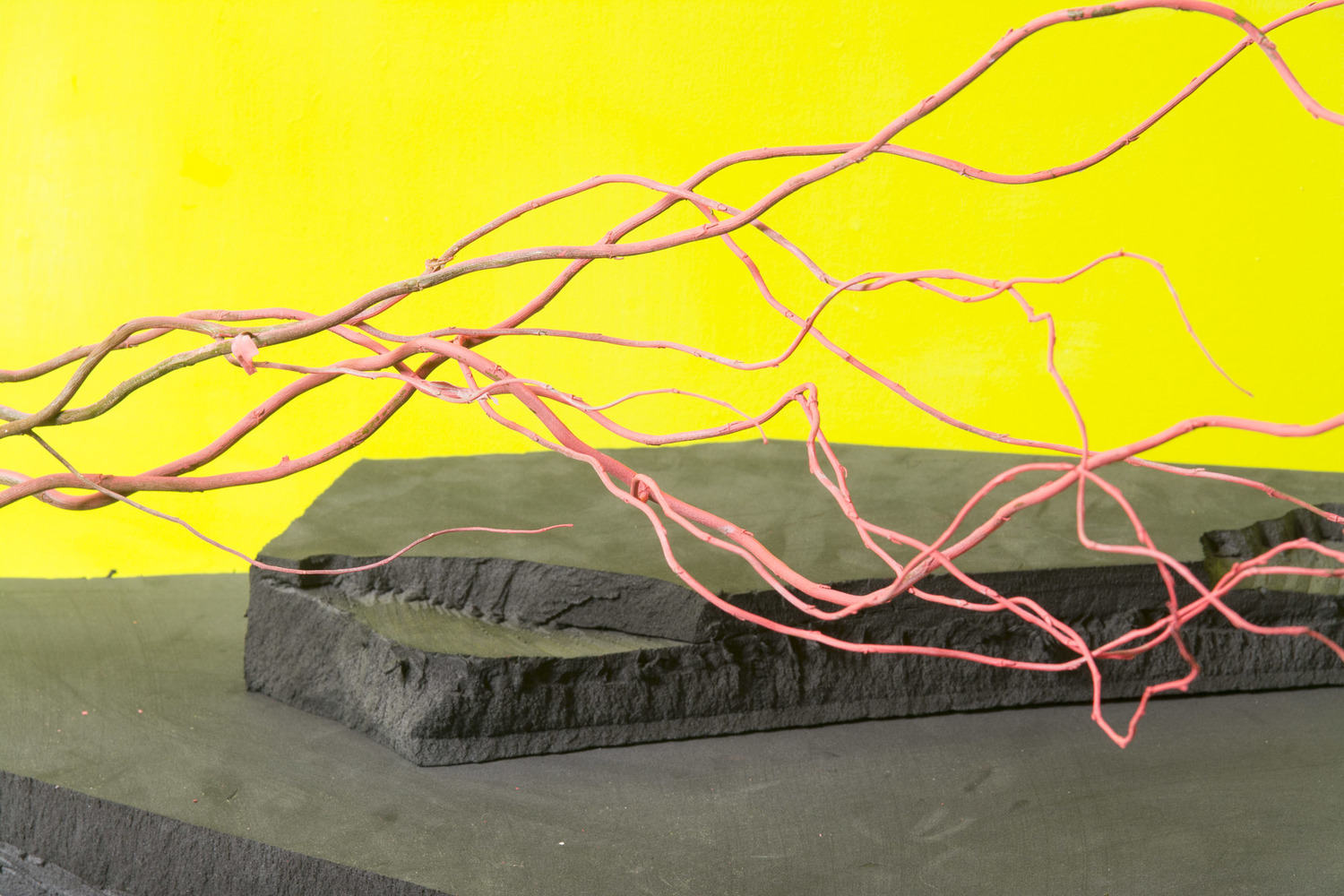 GRIDSPACE is pleased to present a solo exhibition by Carla Bengtson, in which the artist turns the mid-winter urban gallery into a human-scaled vivarium.

Standing Out Blending In

When to show and when not to show? What is the power of display versus the power of blending in? I remember a cartoon about immigration that was shown to me in the 1970s. The metaphor of assimilation was still evident, but was shifting rapidly under the scrutiny of new identity-based movements finding their voice. In the animated show an older immigrant man is passing through Ellis Island and the immigration officer screws up his name; can't pronounce it, and so gives him an Anglicized version. His young son protests, but the older man says, he likes it, "a new name for a new world." For new arrivals in America in the 19th century and through the first half of the 21st century the message about assimilation and "melting in" was clear, if not completely followed. The implication was that one should lose older forms of culture to America, and join a new culture. The rise of multiculturalism in the late 20th century encouraged people to display their culture and stand out. Life in modern cities would be unthinkable without these routine cultural displays, arranged at strategic and important times of year, when cultural colors may fly before the group in question returns to the drab camouflage of everyday life in the urban melee. The city now asks that we display our festivals and food and in return we will be recognized as both other and same.
Put a chameleon in New York and surround it with the stuff of a human world, an urban ecosystem, reflecting human processes and aesthetic choices. What are the options? How does it know what to display? What is danger or safety in this radical context? How is the biosemiotic system of the lizard disrupted by such contextual shifts and alien encounters? And after all the color shifts, which one is the real chameleon? Would other chameleons react the same way?
– Philip Scher, December 2015
Phil Scher is an anthropologist, culture scholar, and a contributing editor and writer for Cabinet Magazine.
Carla Bengtson is an artist whose site- and species-specific interventions query the possibility / impossibility of interspecies communication.
carlabengtson.com